skip to main | skip to sidebar

Student seeking a Public Relations internship for the Spring 2008 semester.

Student seeking a Public Relations internship for the Spring 2008 semester.

Lauren Doak is a senior at St. Edward's University pursuing her bachelor's degree in Communication. She has been on the Dean's List for the past two semesters. She hopes she can apply what she has learned in her Public Relation's classes and gain valuable work experience. When Lauren is not in class or working in the Media Services office at school she enjoys biking around Austin, traveling and experiencing new cultures, and reading a good book.

Lauren's PR Blog
This blog was created as a project for an Internet and Social Media for PR class.

It is interesting to see how fast the insurance company responded to her once their media department found out about her blogging. I guess they didn't want to start a conversation among their customers much like the Dell customers did about "Dell Hell."

An article on BrandWeek's website discusses everything we have covered in class. In a way I think the author is months behind getting some of this information out but it is still important for others that do not already know to be informed. Anyway, the article covers blogging, word of mouth and the effect it has on companies and the right way they should deal with negative comments.
Posted by Lauren at 5:51 PM No comments: 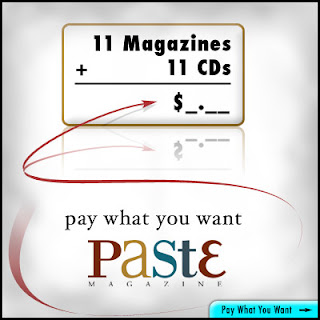 Paste magazine recently has followed Radiohead's idea of letting their customers pay as much as they want for a subscription to their magazine. A magazine to follow is Premier Guitar. Premier Guitar will be wrapping 10,000 copies of the December issue with a "pay what you want subscription card" that allows customers to pay anything they would like for their 12 months of reading. Their goal is "create exposure for a relatively new magazine," increase subscriptions and internet audience.

Hopefully this new idea that has proven success with Radiohead will show the same positive results with the magazines.

"Some people thought we'd be against the writers because our favorite shows are going away, but we wanted to show that some things are more important than a few shows airing full season," says Glowy Box blogger Liz Pardue, who organized tomorrow's "blog strike."

AintItCoolNews has also showed its backing for the writers by posting a supporting petition that has 44,000 signatures.

The protests now are not just people with signs swarming areas of cities to get their point across. Their persuasion and activism has now spread to the internet making it easier for others to show their support.

As I was browsing the New York Time's news I came across an interesting article about a new cookbook that one can make online. Kamran Mohsenin, founder of Ofoto, took note of how popular customer made books and calendars are. Now, one can get online and choose 100 recipes to be included in a cookbook as well as a colorful cover. The recipes can come from their online site, your own personal recipes, or those from other sites. One can order a cookbook by going to TasteBook.com.
Posted by Lauren at 1:03 PM No comments:

Mountain Dew is now turning to their consumers to create the next Mountain Dew in a campaign called DEWmocracy. In their consumers journey, they have the power to create the color, the flavor, name, logo, label, and tagline. When one enters the contest, they are taken through seven different chambers allowing you to meet characters, answer questions, and play games. Each chamber takes you through your creation of the next Mountain Dew as well as play games and join different teams whose drinks most closely matches your own. All teams will vote on other teams. Those with the higher amount of points will allow greater visibility for others to vote on it. Ultimately, the winners drink will be taken from an idea to the real world.

The way Mountain Dew has presented this campaign is interesting. They have created a story and made it more involved rather than just saying "go make a new drink." It looks like the target audience they are trying to address is definitely a younger, more internet saavy, group. I wonder what type of new drink will be created and marketed in stores. It will be interesting to keep an eye on this campaign and see what comes out of it.
Posted by Lauren at 2:46 PM 2 comments:

An article I found on Adage from yesterday states that the ever popular social networking site, FaceBook, will soon be adding a shopping feature. When a FaceBook member buys something they will be able to let their friends know about it, let them know if you like it or not, and possibly even send a coupon to you. The article states that "the service will bring a sort of easily tracked viral element to online shopping."

There were challenges brought up in the article as well. Dave Balter of BuzzAgent says that the application that would be put on FaceBook is only limited to online shopping therefore the number of products is limited. Also, he says that most people talk in person about products and that discussion is missing.


Although Balter's comments are respectable, I believe this is definitely a smart move for FaceBook and those shopping sites associated with it. I will agree that many people discuss and show products in person, but the amount of people conversing online is astounding. The word of mouth in person only reaches a limited amount of people who may or may not choose to pass it along. Your word of mouth online will reach numerous amounts of people that you may never know.
Posted by Lauren at 5:49 PM 2 comments:

Student's Ad Gets Attention From Apple

18 year-old, Nick Haley, will now be able to see his itouch advertisement aired on TV.

Haley created a commercial based on one of the newest products Apple has released to the song "Music is my hot, hot sex." In the song there is a lyric that says, "My music is the spot I'd like you to touch." He first posted his commercial on YouTube where it got many comments and much attention including marketing employees from Apple.

Haley received a phone call and a deal from Apple executives. His commercial was made into broadcast form and launched last Sunday on television.

Social Media Podcast.
Posted by Lauren at 11:16 AM No comments: 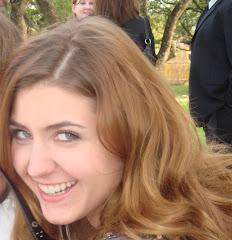 Lauren
Hey! My name is Lauren. I am a senior at St. Edward's University majoring in Communication with a specialization in Public Relations. I originally started this blog for a Social Media for PR class but have recently been thinking about blogging again. Stay tuned!